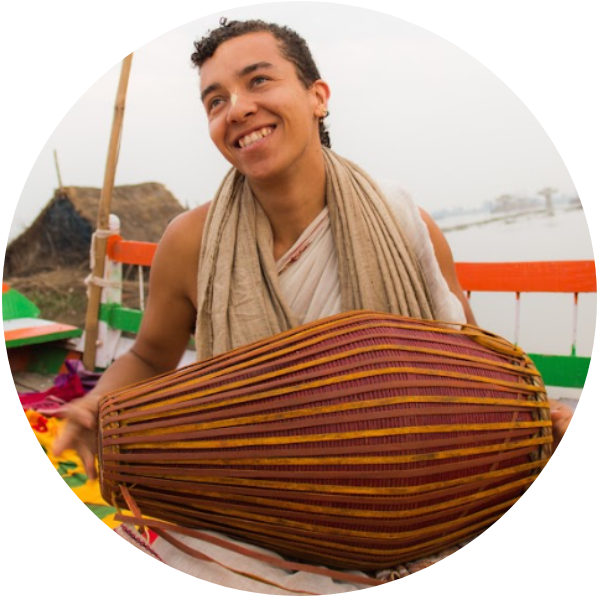 California-based Kirtaniyas are a global collective of energetic, multitalented artists. These twenty-somethings grew up in a Vedic culture of song, dance, philosophy and devotion between ashrams and temples both in India and the western world.

Vijay Krsna, band leader, studied devotional Indian folk music known as “Kirtan” in the sacred village of Vrindavana, India. This rare traditional art form is an ancient call-and-response mantra chanting practice, that originated in the Indian subcontinent over 5000 years ago. Joined together with his musically gifted wife Sarasvati, soulful vocalist Rasika and drummer Nitai, Vijay formed the Kirtaniyas in 2009. They have since travelled the world to over 15 countries infusing new life to these ancient chants with youthful spirit and energy.

Besides the largely traditional approach to their acoustic sets, the Kirtaniyas now push the boundaries of genre to combine all of their passions into one new and unique sound. Melodious electronic dance music and subsonic bass meets the call and response singing of ancient Sanskrit mantras, accompanied by live acoustic instruments. This is where the boundaries between performers and
audience become blurred, everybody is united in one voice and everybody becomes the band.